According to the August Vibe magazine, sources tell VibeConfidential that Nelly was spotted exiting a hotel in midtown New York midmorning with a low-key lady friend named Eve.

Rapsheet.com recently chatted with Nelly ahead of Tuesday’s ‘Nellyville’ release. Though he’s become one of the biggest names in hip hop, he’s been seemingly unfazed by his success. “I think success has brought me more completion as far as me working so hard to get something and finally watching it come true,” he said. “That restores your energy within yourself. You’re like, ‘Yeah, I can do it.’ Whatever I set my mind to I can do it. I did this, why can’t I do that? And everybody needs that to achieve the things they set out to do.” Rapsheet.com has since shut down.

Nelly Thinks The Whole Clinton Thing Was A Setup

Isaac Guzman of the New York Daily News spoke with Nelly ahead of Tuesday’s release of ‘Nellyville’. The rapper addressed the recent controversy when Missouri Gov. Bob Holden awarded him a proclamation to thank him, angering many Republicans. Nelly refers to the incident on the new disc calling himself “the Bill Clinton of the Lou.” Nelly said, “I definitely feel that whole Bill Clinton thing was a setup. And I feel sometimes, politically, that they’re trying to set me up. The people in St. Louis showed us nothing but love, but sometimes the politicians get crazy.”

Nelly shared his thoughts on September 11 and how he feels it is time to get on with life and start having fun again. Nelly told WENN, “For us Americans, we feel invaded. We’ve come to think this place is kinda invincible. We are the cocky people of the world. America is the cocky place to be! But this is the way of life, man, there’s nothin’ pretty about it, nothin’ at all. So let’s kick it, have a ball! A lotta time, a lotta people are depressed and if I can take people’s mind off their problems for one second, one second.”

Nelly checked in with Quddus on MTV’s Total Request on Thursday where he performed his chart topping hit ‘Hot In Herre’ and later ‘No. 1’. Nelly talked about the new album, what he’s been up to, and who he’s been working with lately, including *NSYNC star Justin Timberlake. Nelly was asked if he had heard Eminem’s new album and he said no – not sounding too interested in Slim. Read on for a transcript.
END_OF_DOCUMENT_TOKEN_TO_BE_REPLACED

WireImage.com has photos of Nelly from the ‘Nellyville’ record release party at Suede in New York City on Wednesday. Check out the pictures from here.

Nelly Happy With Success Of ‘Hot In Herre’ 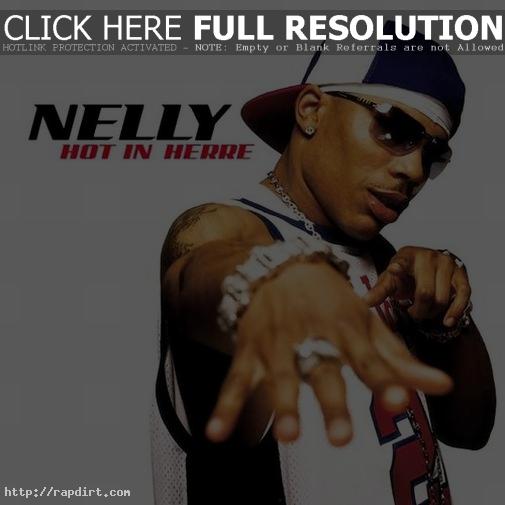 With Nelly’s latest single ‘Hot In Herre’ currently #1 on the Billboard Hot 100 singles chart, he talked with Launch.com about his happiness with its success. “This single is just, like, moved up the charts faster than anything I ever, ever put my name on, you know,” he said. “The biggest hit I ever had, let me say that. That’s including that ‘Ride Wit Me’ joint. I can’t say enough, man. I’m just real happy that people are just receiving it so well.”

Nelly recently chatted with Radio 1 producer Sarah answering questions from fans on the website’s message board. When asked what gives him inspiration for his raps, Nelly said, “Just life. I think that’s why it’s kinda hard for some rappers to do different stuff because their life has been one dimensional. Fortunately my life has been crazy. I’ve moved around a lot and I’ve lived with many different people and been to many schools, whether I’ve been kicked out or we moved.” bbc.co.uk has since removed the audio.

Nelly Finally Speaks Out About KRS One

Even while helping *NSYNC look for a girlfriend, southern rapper Nelly has time to keep the beef with one of hip hop’s pioneers. He recently spoke to DaveyD.com about the KRS-One feud, calling his opponent a hypocrite. The pop-star explained the accusation, saying, KRS “changes his mind every day.” He went on to point out KRS’s former claim that his crew, Boogie Down Productions, were “just about getting paid,” and now he is “telling people not to get paid off rapping.” Read more.

Brandy’s having a baby shower this week and she’s registered at Neiman Marcus requesting some very pricey gifts. Flo Anthony ran down the list on her K104 gossip report today. Also comments on Missy Elliott being cheap again and Nelly’s involvement in a boycott over Union Station’s rule on wearing gang colors. k104fm.com has since removed the audio.