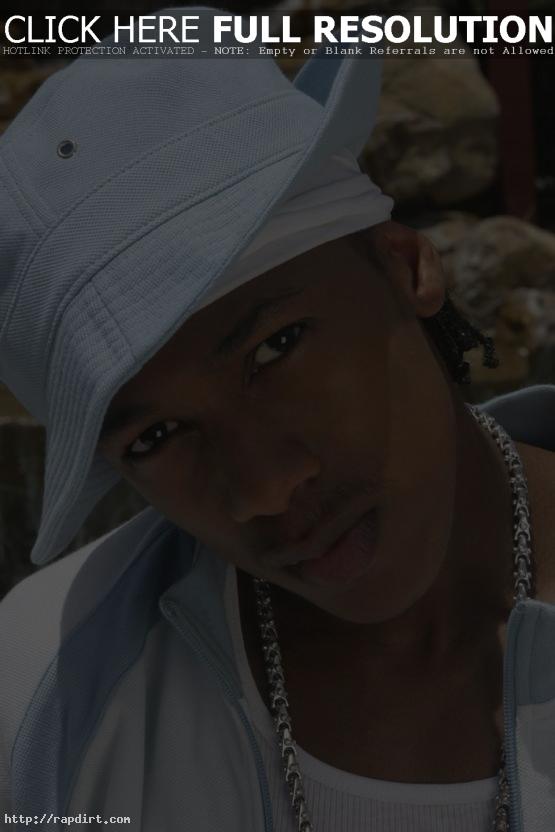 Usmagazine.com has learned exclusively that Nick Cannon, 26, married Victoria’s Secret model Selita Ebanks, 24, in Las Vegas last weekend. Sources say the altar-rushers were staying at the Palms Casino Resort Hotel and enjoying NBA All-Star Weekend when they decided to wed on a whim after just three weeks of dating.

Nick Cannon and DJ Paul of Three 6 Mafia, Ray J were on hand for the House of Hype pre Grammy party, hosted by Kim Kardashian, at The Roosevelt Hotel in Hollywood, California on Saturday (February 10). Check out pictures from FilmMagic and RexFeatures.

TMZ spotted Nick Cannon just after the Justin Timberlake concert on Friday night. When the subject of his former girlfriend Kim Kardashian’s sex tape was brought up, Nick asked, “Have you seen it?” After the videographer said he’d seen part of it, Nick said over and over again, “I ain’t seen it.”

Nick Cannon was on hand at Terrell Owens’ BBQ at The Boost Mobile Villa Presented by 790 The Ticket in Miami, Florida on February 2nd. The event was held on the grounds of Casa Casuarina the former Versace Mansion.

Pictures at abacausa.com have since been removed.

Lil Jon and Nick Cannon were on hand for the PNB Calendar Release Party on January 25th at the PNB Melrose Store in Los Angeles, California. Check out pictures from FilmMagic.

Nick Cannon read to the children at the Village at the Lift during the 2007 Sundance Film Festival on Monday (January 22) in Park City, Utah. Check out pictures from GettyImages.

Jay-Z, Lady Sovereign, and Nick Cannon were on hand for GM Style on January 5th at Color Studio at GM Design Center in Detroit, Michigan. Check out pictures from WireImage.

Sean ‘Diddy’ Combs was amongst the stars on hand for the 64th Annual Golden Globe Awards on Monday (January 15) at the Beverly Hilton in Beverly Hills, California. Joining later for various after parties were Common, Jay-Z, Ludacris, and Nick Cannon. Check out pictures from FilmMagic, RexFeatures, Corbis, and WireImage.

Fat Joe, Kevin Federline, T.I., and Nick Cannon were on hand at Prive on December 30th in Miami Beach, Florida. Check out pictures from GettyImages.