Q-Tip is out with the video to his new single ‘Life Is Better’, featuring Norah Jones, the third release off the Queens rapper’s second studio album ‘The Renaissance’, out now on Universal Motown. Watch it via YouTube below.

Q-Tip talked about the making of his new album ‘Kamaal The Abstract’, where the rapper/producer talked about how the internet has allowed for a “different” album like this to get released. “The listening ear is starting to get a bit more cultured from the different forms of music they encounter [online],” Q said. The disc is set for release September 15th on Battery/Jive Records. Watch the video below.

Q-Tip impersonated Busta Rhymes in a video for Vlad TV, or at least the young, scrawny and energetic rapper he once was before all the fame and fortune. Q recalled the time when A Tribe Called Quest recorded ‘Scenario’, when Busta refused to divulge his rhyme on the track until they hit the booth. Watch the clip below.

Thisis50 met up with Q-Tip to discuss MTV’s annual Top 10 Hottest MCs List, which the Queens rapper says isn’t valid since it’s more about sales than skills. “If it’s about the top ten high MCs, rhyme’s gotta be first and foremost before any of that come in,” Q says. “After that, then sales and how your business is and all that, swag and all that sh**, that sh** can factor in after, but it’s about the rhyme.” Watch the comments via YouTube below.

The History Of Q-Tip

The Legendary Q-Tip out of A Tribe Called Quest ran through his hit records from past to present during an appearance on Tim Westwood’s 1Xtra show. Watch the 15-minute clip via YouTube below.

will.i.am of the Black Eyed Peas, who performs on ‘The Tonight Show with Jay Leno’ (NBC) on Wednesday.

T.I., who appears on ‘The Tyra Banks Show’ (Syndicated) on Thursday. 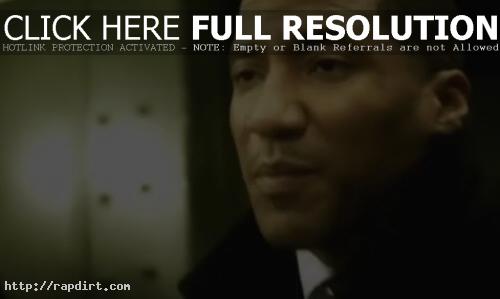 Q-Tip is out with the video to his new single ‘ManWomanBoogie’, featuring Amanda Diva, off the Queens, New York hip hop artist’s second studio album ‘The Renaissance’, out now on Universal Motown. Watch the video via YouTube below. 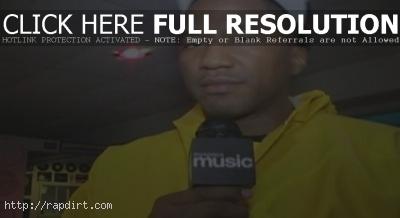 The island of Oahu, Hawaii was filled with flooded streets and stronger rain then Hawaiians have seen in over 35 years, but Q-Tip of A Tribe Called Quest went on with his MySpace Release Show for his recently released album ‘The Renaissance’ at the Pipeline Cafe anyway. Check out highlights from the evening via MySpace below.

Q-Tip is out with the video to ‘Renaissance Rap’, the B-side to the Queens rapper’s new single ‘Move’. Watch the ‘Rik Cordero’ video via YouTube below.

Angie Martinez of Hot 97 in New York City interviewed Q-Tip on Tuesday (November 4). The hip hop artist talked about releasing his new album ‘The Renaissance’ on election day. Q gave his pitch for the disc, talked a bit about the state of hip hop, impersonated Busta Rhymes, and his belief tha that hip hop played a role in Barack Obama being poised to become President-elect later that night. “We’ve softened the palette for America in terms of how to read and accept people of color over the last 30 years,” he opined. “A lot of kids that listened to hip hop that are white, have over the years grown up now, and a lot of them are now registered. A lot of them have jobs and families, and I think they grew up on a diet of Run-DMC, LL Cool J, and Slick Rick. Hip hop has played a big role in this.” Watch the interview via YouTube below.