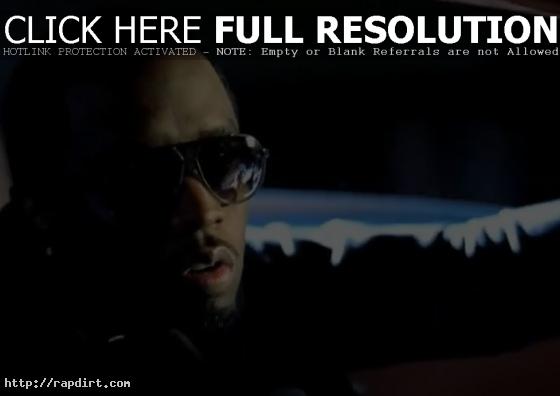 Sean ‘Diddy’ Combs and his group Dirty Money are out with the video to their new single ‘Hello Good Morning’, featuring Rick Ross and T.I., off Diddy’s upcoming sixth studio album ‘Last Train to Paris’, out June 29th via Bad Boy/Interscope Records. Watch it via MySpace below. 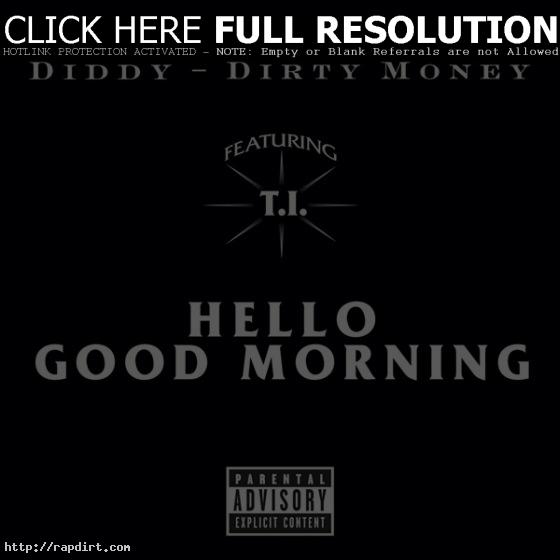 Trina And Diddy On The Set Of ‘Million Dollar Girl’ 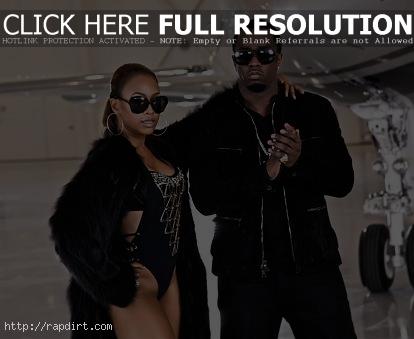 Trina’s ‘Amazin Diary’ Webisode #1 takes viewers behind the scenes at the filming of the music video for ‘Million Dollar Girl’, featuring Diddy and Keri Hilson. Get a glimpse of the video that features a private jet in an airplane hangar below. Trina’s 5th studio album ‘Amazin’ drops May 4th.

Diddy Shows Off His Ciroc Flavors

Sean ‘Diddy’ Combs checked in off his private jet after arriving in Miami for Super Bowl weekend, getting help from the butler to introduce new Ciroc vodka flavors – coconut, original and red berry. The hip hop mogul also warned to drink responsibly.

The update via his YouTube has since been removed.

Diddy and his group Dirty Money are out with the video to their latest single ‘Love Come Down’, off Diddy’s fifth solo concept-studio album, out soon on Interscope Records. Watch the Dale “Rage” Resteghini directed video below.

Sean ‘Diddy’ Combs got involved in a confrontation after Sunday’s MTV Video Music Awards with a man apparently impersonating a plain-clothed police officer, calling him a “mother fu**er” after the guy said he didn’t care who the Bad Boy boss was.

Diddy told Hot 97 on Tuesday: “It was just a little misunderstanding … miscommunication. Me and the officer, we worked it out … things were a little aggressive for me, which I’m not really used to.” Listen to the comments at TMZ and watch the incident via MySpace below. 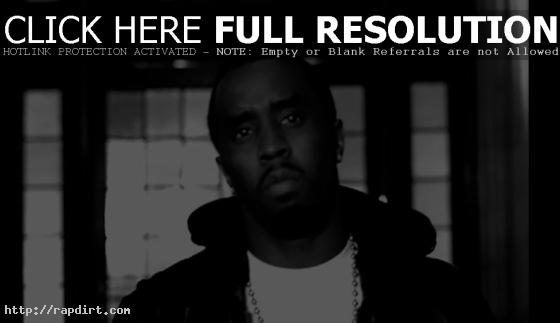 Sean ‘Diddy’ Combs and his group Dirty Money are out with the video to their new single ‘Angels’, from the Bad Boy boss’ upcoming album ‘Last Train to Paris’, coming in 2010. Watch it via YouTube below.

Diddy Arrives At Waverly Inn In A Lamborghini

Sean ‘Diddy’ Combs was photographed arriving in his new Lamborghini to the Waverly Inn in New York City on Wednesday (August 19), chatting with Lindsay Lohan before posing in front of his car for photographers. Check out pictures at dailymail.co.uk. LiLo later wrote on her Twitter (@sevinnyne6126):

@iamdiddy spotted sitting at the table next to me @waverlyinn – in NYC. Rolled up in a siick lambo, ahh love u @iamdiddy

Sean ‘Diddy’ Combs’ ‘StarMaker’ premieres August 16th at 10PM EST on MTV. Watch a trailer for the show which looks like a cross between ‘Big Brother’ and ‘American Idol’ below.

Diddy’s latest video blog features the Bad Boy boss talking about his plans about the rollout for his new album ‘Last Train To Paris’. “Look out for innovative and creative ways that we distribute our message,” Diddy explained. “I’m getting it all together. I’m walking around the city trying to figure it out man. Sometimes you gotta take walks and figure it out.” Watch the message below.

Sean ‘Diddy’ Combs is out with a trailer for his new MTV reality series ‘Making His Band’, which premieres July 27th. The Bad Boy boss will be selecting a band to take out on the road in support of his upcoming album ‘Last Train to Paris’. Watch it via YouTube below.