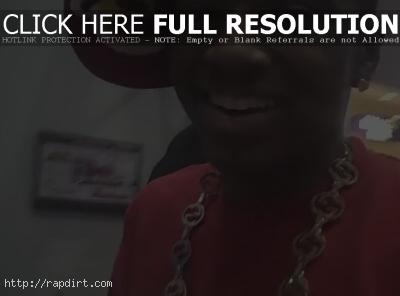 Soulja Boy posted footage from his arrival at an airport, where he was giving his promotions manager Kent Little a tough time as they walked through the terminal. Watch footage via YouTube below.

S.O.D. Money Gang are out with the animated video to their new single ‘Money Gang Rock’, off the Soulja Boy led rap trio’s self-titled album. Watch it via YouTube below.

Soulja Boy Tell ‘Em chatted with Young Hollywood about his quick rise to success thanks to YouTube, his new single ‘Kiss Me Thru the Phone’, the animated series co-starring Alfonso Ribeiro, being the class clown during his school days, the new Yums shoe line, and how celebrities were doing his ‘Crank That’ dance. Watch the interview via YouTube below.

Soulja Boy ‘Kiss Me Thru The Phone’ iPhone App 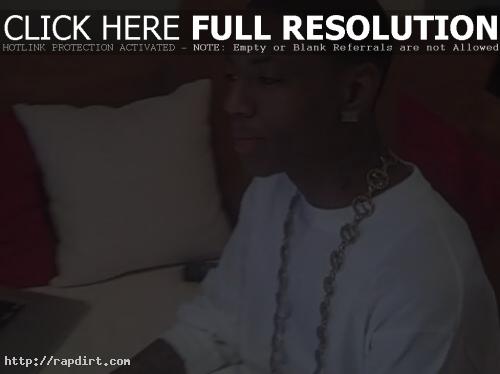 Soulja Boy announced his first iPhone app in a video posting at his YouTube channel on Sunday (February 8), before he headed to the Grammy Award festivities in Los Angeles. The rapper made a ‘Kiss Me Thru The Phone’ app and promised a Tellem.tv app would be coming soon. Watch it below.

Bow Wow and Soulja Boy’s recent phone conversation was recorded, where the two young rappers talked about their recent beef, and how Soulja Boy thought Bow Wow crossed the line in the light-hearted back and forth when he mentioned Soulja Boy was afraid to go back to Atlanta. That prompted Bow Wow to talk about how he tried to get in touch with Soulja Boy the night his house was invaded and he was allegedly robbed and assaulted. “You ain’t no threat to me, I ain’t no threat to you,” Bow Wow told Soulja Boy. Listen to the conversation via YouTube below.

Soulja Boy Tell Em responds candidly about his beef with Bow Wow on Skee.tv, taking the KIIS DJ out in his Lamborghini. The rapper talked abot the YouTube video where Bow Wow turned his nose up at his Lamborghini since it wasn’t a Mercielago and dismissed Soulja Boy’s claim that his ride was rented by showing the paperwork, warning his sidekick Arab to “watch your boyfriend. He’s on suicide watch.” Bow Wow also offered to buy 100,000 ‘iSouljaboyTellem’ albums to save the one hit wonder’s life.

“I think he just took it too far,” Soulja Boy said of Bow Wow. “I don’t know if he did it on purpose or it’s something that’s been inside him that he’s wanted to say. You never know.” Soulja Boy added that Bow Wow texted him and said “don’t take nothing personal, I’m just playin.” But Soulja Boy said “you don’t play like that. He knew the situation, when I was in Atlanta, I could’ve died that night,” referring to the incident where he was supposedly assaulted and robbed at his Atlanta home, prompting him to flee to Los Angeles. “No it’s over for you ni**a,” Soulja Boy tells Bow Wow. “Your whole career is over with. You ain’t selling no motherfu**in albums. This is your last album. You better stick to your acting cause it’s over for you ni**a.” Watch the interview below.

Soulja Boy Celebrates ‘Kiss Me Thru The Phone’ Success 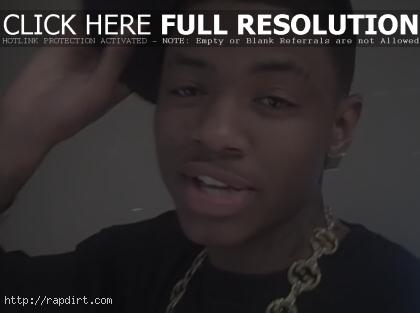 Soulja Boy checked in with fans on his YouTube channel on Friday (February 6) as his new single ‘Kiss Me Thru The Phone’ was playing on BET’s ‘106 & Park’ in the #2 position. The rapper thanked fans for their support and pleaded with them to get the video to #1. “Right now we’re doing real big with it,” he said. “It’s like #5 on iTunes, #2 on ‘106 & Park’, over 3 million views on YouTube.” Watch the video below.

Bow Wow is firing back at Soulja Boy, who he’s calling “The 1 Hit Wonder” after the younger rapper challenged Bow Wow to produce a title for his Lamborghini Murcielago, which is supposedly being rented. Bow Wow says that until Soulja Boy trades in his Gallardo for a Murcielago, “You will not win.” After producing registration papers for the Murcielago, Bow Wow scolded, “So you know what that means, you stupid ass little boy? You can’t have a registered tag on a rental car.” Bow Wow added that he paid off the pricey ride with his Amex Black Card. Bow Wow added that he’s talked with the CEO of Lamborghini, who wants to sponsor the race which would put the young rappers’ respective car titles on the line, airing on the Speed Channel or ESPN. Watch the video via YouTube below.

Soulja Boy is out with a commercial for his Yums shoes, hats and t-shirts, which are available at finishline.com. Watch it at Facebook. 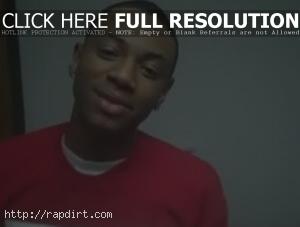