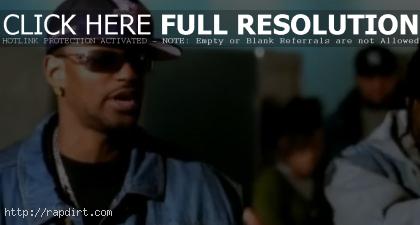 The Diplomats are out with the video to their new single ‘Crunk Muzik’, featuring Jim Jones, Cam’ron, and Juelz Santana, from their new album ‘Diplomatic Immunity 2’. Watch it via YouTube below.

The Diplomats Explain The Troubles With Sampling

The Hilltop recently caught up with Diplomats’ members, Jimmy Jones, Juelz Santana and Freeky Zeeky to discuss their major label debut ‘Diplomatic Immunity,’ their ties to Howard University and life as a Harlem Diplomat. The trio talked about the problems involved with getting samples cleared on the album saying, “The problems is that you can pick a beat and do a song and you will think it is all love, but the beat will contain be a piece of a person’s song (the sample) and we have a problem locating the person who owns the rights to that particular song. Sometimes the music is like 10 -20 years old. There were cases when we could not locate certain persons before the album drop date… the people could sue, and there were other songs that were not released to us because the writers simply did not want rappers to rap over their music. They don’t respect hip-hop.”

Cam’ron And The Diplomats Stop By MTV2 Hip Hop

WireImage.com has photos of Cam’ron and The Diplomats stopping by MTV2 Hip Hop on Friday (April 4) at MTV Studios Times Square,
New York City. Check out the pictures here.

In a recent interview with Reactmag.com, the Diplomats described there upcoming album as ‘Real Powerful Music.’ Jimmy Jones went on to explain the group, saying “in every generation you have a group of youngsters who wanna be rebels. We’re comin in invade the game, a presence they have to see, have to watch.” Read more.

Associated Press reports Cam’ron’s crew the Diplomats were arrested in Massachusetts. A passenger on their tour bus fired gunshots at a car. Four people are arrested and facing charges.